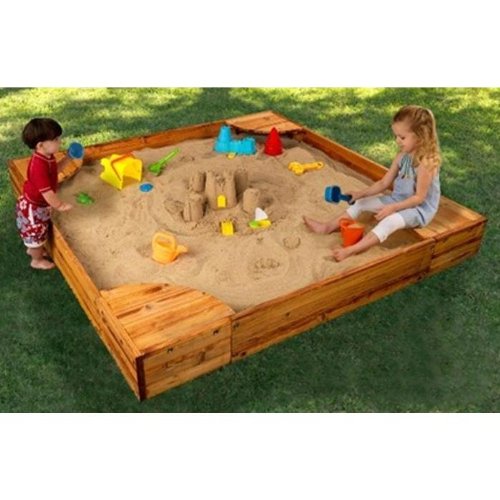 As a group, our goal with Produce is to use the repetitive format to test and refine things that we’ve been working on, while also getting a chance to expand our network and our artistic vocabulary through the spontaneous interactions with other skilled artists. We felt this was a valid strategy for a context that seems to be structured around exploring the sum of what happens when skirting the creative edge by adding the components of critique, creative free-play, and improvisational conducting.

After a brief introduction, the first of four shows opened with a series of prepared pieces, one from each artist or group. Seating for the audience had been positioned “in the round,” with the different acts interspersed among them. This was intriguing since no one was very sure what was about to come at them. Lauren and Tim proceeded to pan the room calling on the different performers, in no pre-determined order, to present their piece. This was very pleasing to me. The diversity and skill of all the acts were really impressive. The pieces were brought to a close, per Tim and Lauren’s discretion, by large illuminated Applause sign, a touch that generated some sort of live TV audience vibe.

Probably the most riveting thing that occurred on the first night came about in an exchange that proved not all of the performers came with the same perception of the context that I explained above. It also quickly led into a stimulating and rather heated discussion about what was appropriate and what was not in the context of the show, while also illuminating the differences in form and aesthetics among the performers, and some of their guests. Much of it centered around an exchange over perceived structure, or lack there of, and a some frustration with alleged miscommunication about the purpose of the series itself.

This all started after an exquisite dance number, about 3 minutes in length, that was performed early in the evening. Submerged in a song by the Venetian Snares, it was a very intense and fluid piece of choreography, from my untrained vantage point at least. It was performed by an understudy to the choreographer, and I believe everyone in the room had their breath temporarily swept away as the dance was executed, in it’s entirety. After the piece was finished, and the other performers did theirs, it was time to mix things up. This is where it got much more challenging and contentious for everyone.

After a couple of mash-ups of musicians and dancers, we were chosen to accompany Existential Pilot in an improvisational number working with, Chloe,  the dancer who performed Caruso’s piece. The two “Producers” let this piece go on for about 8 minutes, so it was a nice exploratory trek into the possibilities of 3 complex creative entities. That’s what Ben and I are there for. It sounded amazing from what I heard, and from what I was able to capture on a handheld recorder. I only wish I had video of it. When it was over the dancer was invited to speak about the difficulties of performing in this kind of circumstance. She spoke evenly and thoughtfully about what she found challenging, and sounded generally positive about the experience. That’s pretty much where the positivity ended. Caruso spoke next, voicing her concern and displeasure over watching her understudy have to work so hard for 8 minutes (it was intense) as well as the way her moves were used by the dancer to fill out the piece; proclaiming that it was no longer her piece. It turned rather derogatory, as far as what was being said about the overall format of the show. I was already a little taken aback by the possessive tone that Caruso was using when referring to the second piece, and the same tone seemed present in how she referred to the dancer. I found that a little disturbing, and then Caruso’s partner jumped in. What followed was a prolonged statement about how there was no discipline evident in what was just performed, that it seemed aimless, and a mere free-for-all; all tossed in with an analogy about sandbox play. It wasn’t enough to speak his mind; he had to jump up off of his seat at one point to emphatically declare his bewilderment. He even rudely interrupted Lauren as she was trying to elaborate on her approach to the mash-up (kudos to Lauren for handling that well). He even aggressively jumped in the middle of a question from a performer in Sid Yiddish’s band that was directed not at him, but at Caruso.

I found the rigidity of Caruso’s expectations, and obviously the reaction of her partner, to be oddly out of place. I don’t know how someone could make the assumption that a performance series that uses the words “reality TV show” in its description would be the right environment to premier a pristine, highly composed, and beautiful dance piece that wasn’t supposed to be re-interpreted in any way whatsoever. I find that akin to tossing you’re Fabergé egg into a pool of sugar-crazed toddler egg painters, and being upset that it came out looking like a smeared rainbow.

When I finally got my chance to speak, I couldn’t refrain from calling-out Caruso’s partner on his hostility. I have nothing against criticism–I actually enjoy it. I’ve personally been through two competitive and demanding design programs where critique followed every key development. I’ve also dealt with several megalomaniacs in my professional career, and have run with a crew of extremely sarcastic friends and collaborators all of my life. What irritated me so much, prompting me to address this audience member the way that I did, was the hostility and intolerance that I felt radiating from him. I’m not even sure if he was aware of everything he was saying, or the way in which he was presenting himself. What I am sure of, however, is how apprehensive and uncomfortable his behaviour made me feel. It wasn’t that it was all that threatening as much as it was inappropriate. If I had one expectation out of Produce, it was that the environment would be creatively free and playful. I don’t really appreciate either of them making me feel apprehensive about what Ben and I–or anyone else in the series for that matter– do in this context. In the interest of full disclosure, I hadn’t eaten–so maybe that was the real culprit.

All that said, I do wish to apologize to the dancer and the choreographer for being complicit in making them feel so uncomfortable (when I wasn’t trying). I also wish to express my gratitude for getting to perform, however unexpectedly, with such a dazzling combination of dancers. I really thought that the improvisation had merit, as did others in the audience.

Sooooooooooooooo…fascinating conversation. I can’t wait to see what happens next.

More about The Exponential:
www.theexponential.com

2 Responses to "Thoughts on Produce 1:"